A Soccer Feast In Russia

The 21st World Championship is right around the corner, kicking off on June 14th at the Luzhniki Stadium in Moscow when host nation Russia face Saudia Arabia in front of what is anticipated to be a capacity 80,000 crowd.

With an audience reach of over 3.5billion people, almost half the world’s population, the Soccer World Championship will be the biggest sporting event in history. With a huge range of betting markets available including outright winner, win-draw-win, over/under goals, Asian handicaps and a lot more besides, Mr Green Online Casino offers you the chance to get involved throughout.

To help you along we have provided an FAQ on the world’s greatest competition along with a list of some of the big names to look out for and a guide on the 12 stadia to be used to host the WC 2018. 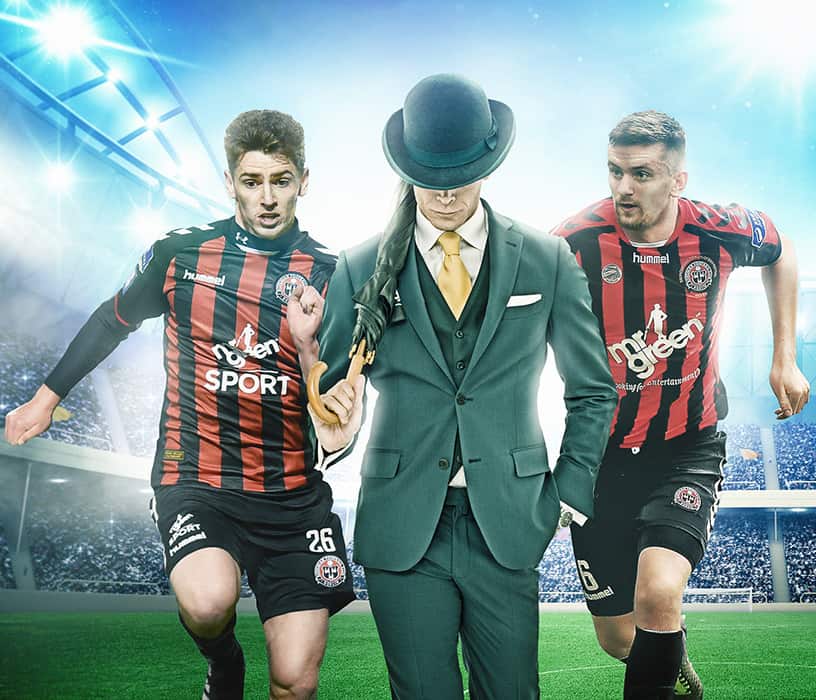 Betting On Soccer With Mr Green

Given that the beautiful game has transitioned from being not only the world’s most popular sport to also now the betting world’s most significant market, it’s only right that Mr Green offers a huge array of betting markets on the World Championship Soccer 2018.

Here at Mr Green we also help you out with betting strategies to enable you to make your wagering more professional alongside published stats, head-to-heads and results.

Although a vast range of pre-match odds are listed every day, we are excited about the selection of live betting available throughout the tournament meaning bettors can see how a game is panning out before placing a bet, as well as helping you feel involved in the action as it unfolds.

Who Are Our Hosts?

Having won the rights to host the tournament back in 2010, Russia will stage the month-long world championship soccer bonanza this time around and grabs the baton from Brazil. 64 games are to be contested by 32 teams across 12 arenas in 11 different cities.

What Are The Host Cities?

Who Has Won It In The Past?

Other than Uruguay who won the inaugural world championship back in 1930 and again in 1950, the past winners of this tournament have a very familiar ring to them:

How Many Participants Are There In The Finals?

Although qualifying for the World Championship begins at least two years before the finals, just 32 teams get to this quadrennial tournament with a chance to claim to the top prize. The teams are split into eight 4-team WC groups with everyone playing each other once. The top 2 teams from each group make the knockout stages – the round of 16 first, then the quarter-finals, semi-finals and final.

When Exactly Does The Tournament Take Place?

The opening match will be staged on Thursday, June 14th, 2018 at the Luzhniky Stadium in Moscow with the final taking place on Saturday, July 15th at the same venue.

Ekaterinburg Arena
Renovated in 2017 with this tournament in mind, the Central Stadium as it is ordinarily known is in Yekaterinburg and will be capable of hosting 35,000 people, though it will reduce back down to 23,000 after the competition is over. Hosting 4 group games, the stadium is the eastern-most arena in the tournament and the only one which stands in Asian Russia. The games are:

Fisht Olympic Stadium
Named for the mountain in the shadow of which it sits, the Fisht is located within Sochi Olympic Park and was built to host the 2014 Winter Olympics. A slight extension to the capacity for this tournament means 41,000 can be in attendance during 6 WC 2018 matches:

Kaliningrad Stadium
Also known as Arena Baltika, this stadium stands in the city of Kaliningrad and as the name would suggest is right near the Baltic Sea close to Poland and Lithuania. Although due to host 25,000 fans at FC Baltika Kaliningrad matches (they formerly played at the Baltika Stadium), the capacity will be 35,000 for the World Championship during which the facility will provide the venue for the following games:

Kazan Arena
Kazan is the sixth most populous city in Russia and its stadium will host six matches during the summer tournament. Opened in July 2013, the Kazan Arena can hold over 45,000 people. Planned games:

Luzhniki Stadium
Russia’s national stadium, located in Moscow, the Luzhniki was used as the main stadium for the 1980 Olympics and as such is steeped in history. Redeveloped to modern standards, it has a capacity of around 81,000 and will host the following games:

Mordovia Arena
Situated in Mordovia or more specifically Saransk, the stadium was built to replace the Start Stadium between 2010 and 2018 and after its four World Championship matches will be used as the home of FC Mordovia Saransk. Here’s its WC 2018 line-up:

Nizhny Novgorod Stadium
The city of Nizhny Novgorod hasn’t hosted an event of this size before and its new stadium was only completed in 2018. The finished product looks good though in all fairness and, as standard this year, it can accommodate 45,000 people for each of these games:

Rostov Arena
The home of FC Rostov in Rostov-on-Don will be used for five WC 2018 matches and has a planned capacity for the tournament of 45,000. Scheduled games:

Saint Petersburg Stadium
Otherwise known as the Krestovsky Stadium or the Zenit Arena this facility serves as the home of Zenit St Petersburg and was built to host not only the main club side in St Petersburg but also with the Confederations Cup and the World Championship 2018 in mind. 67,000 are said to be able to be accommodated during the following matches:

Samara Arena
Usually known as the Cosmos Arena when hosting the home matches of FC Krylia Sovetov of Samara, a city which is a new discovery for most of us. The ground holds almost 45,000 and will play host to six matches this summer:

Spartak Stadium
Once more situated in the Russian capital, this stadium is the home of club giants Spartak Moscow and for their purposes is known as the Otkritie Arena. It has a capacity of 45,000 and will be used for:

Volgograd Arena
Situated in the west, the 1million-plus inhabited city of Volgograd may be a tad more comfortable for the European teams. The Volgograd Arena seats 45,000 people and will be used in the following tournament matches:

Any sporting tournament needs its big-hitters to be there in order to make it a spectacle and, even though the Netherlands and Italy failed this time around, the fact that Portugal, Argentina and Brazil are there will mean we don’t miss out on seeing Ronaldo, Messi and Neymar among others.

Argentina
One of these years Lionel Messi is going to carry all before him, isn’t he? There’s hope yet for the mercurial forward to land the big one though his side only scraped into the tournament having won just seven of their 18 WC qualifiers, finishing 13 points behind rivals Brazil. Coach Jorge Sampaoli knows his way around and will hope for a big showing and with the likes of Paulo Dybala, Sergio Aguero and Gonzalo Higuain at his disposal, who can blame him?

Belgium
As expected, Belgium eased to the finals having dropped only 2 points in the European qualifying group and can boast top talent such as Kevin De Bruyne, Romelu Lukaku and especially Eden Hazard. Hazard will captain the side for former Premier League manager Roberto Martinez who will have his team playing silky football throughout.

Brazil
Head coach Tite may need an introduction to one or two as the play goes on, but top dog on the pitch Neymar Jr certainly won’t. He, along with Barcelona’s Philippe Coutinho and Manchester City’s Gabriel Jesus are just the tip of the iceberg for a squad which will also contain Champions League finalist Roberto Firmino and Juventus star Douglas Costa. The 5-time winners of the Jules Rimet trophy had a trouble-free qualification in South America and look back to their best. The debacle of their own World Championship performance four years ago could be a far cry from their WC 2018 squad who look rightful favourites at this point.

England
Always hopeful but rarely achieving a whole lot, England carry about as much expectation into tournaments as any other side and will be backed by a large travelling fan base. Gareth Southgate’s men dropped only four points in qualification but can’t claim to have the easiest of WC 2018 groups given that they’ll face Belgium along the way, however with players of the calibre of Harry Kane, Dele Alli and Raheem Sterling to call upon hopes remain high of a strong performance.

France
Didier Deschamps leads Les Bleus into the tournament looking for only their second win following on from their home tournament victory back in ’98, and this must be classed as their best chance since then. Look out for Kylian Mbappe, Antoine Griezmann and Ousmane Dembele taking this tournament by storm for a side which accounted for Sweden and the Netherlands in qualification.

Germany
The four-time winners came through qualification with a perfect 10-out-of-10 record and are rightfully among the favourites to win it once again. Joachim Low can call upon the likes of Toni Kroos, Leroy Sane, and Timo Werner this time around and it would be no surprise to see them make another final.

Portugal
We should never underestimate the Portuguese who come into this tournament as European Champions and, while he’s a little long in the tooth now, bona fide superstar Ronaldo is once again the man to watch.

Russia
We couldn’t very well neglect to mention the hosts although they are not fancied to win the tournament, as the WC 2018 odds will show. Fedor Smolov may be the big hope for the hosts who naturally didn’t have to qualify.

Spain
The all-conquering team of a few years ago has largely disbanded, however, Julen Lopetegui’s men had no real problems in their WC soccer schedule as far as qualifying is concerned, dropping only two points in a group which contained Italy. Captain Sergio Ramos is well used to lifting trophies and will lead out names such as Sergio Busquets, Isco, Koke and David De Gea, all of which roll off the tongue.