If, during the slot game, you take a look over to the left of your screen, you’ll notice various settings that you can modify as you see fit. You can play in full screen, choose Autoplay, see a paytable, turn sound effects on and off, switch on ambience sound, and even have no sound at all, if you wish.
There are always 20 paylines but you do get to decide on the amount you bet per spin. You do this simply by changing the coin value, with a maximum amount of GBP40 that you can stake per spin. There’s even a Max Bet button to save you some time if you wished to bet that amount. 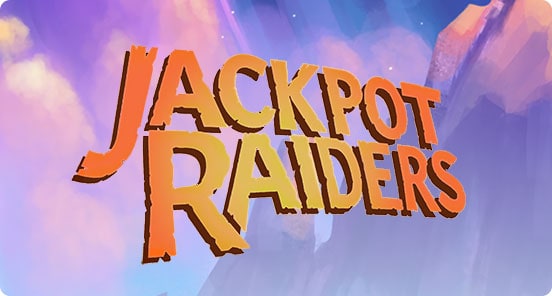 There are eight regular symbols (we’ll get to the Scatter shortly) and, with a line of at least three identical symbols, you’ll have a winning combination on your hands. There are no Wild symbols in Raiders.
When you start your session, you’ll be given five treasure maps. Keep track of how many of these you collect throughout the course of the game as they have the potential to lead you to big wins.

Here’s a feature that is unique to slots. If you go to Settings and choose Game History, you’ll be able to see a breakdown of what happened in your last 10 spins. You’ll see whether you won or lost, the time that the spin occurred and, if you did win, how much. You can even watch your spin back if you were so inclined.

There are plenty of bonus rounds in Raiders to maintain excitement and show you a path to cash to validate your courage when making your way into unknown territory. Here’s a breakdown of how they work.

The compass is your Scatter symbol. We’ll let you know shortly about what happens when you get three Scatter symbols. Don’t worry if you should only get two, however. You’ll win something for that, as well. It will activate Pick and Click Chest, which rewards you with one of four prizes.

Beginning Raiders as a brand new player comes with a reward: a pair of Summit Shrine maps, along with one from each of the others, namely Templar Grave, Desert Tomb, Jungle Ruins, and Highlandgate.
Each of these five appears under one of the main five reels, with further maps appearing under their own reel.

Any regular win is accompanied with a 3x multiplier. There are bigger cash prizes than that in store for you, however. You achieve these by collecting five gems in the same colour, which gives you what you’ve been waiting for: the Jackpot.
There are no Scatter symbols or Maps here.

To activate this one, you’ll need two Scatters, as well as go to Pick and Click Chest and choose the Chest that triggers the round.
You’ll have an option of which character to assume: either Sam or Bear.
Now, if you like winning the best prizes, you might be tempted to choose Sam, as she’s better at doing just that. If you want to give yourself more chance of winning, however, Bear has proved himself better at opening chests, although they’re often lower-value prizes.
As well as choosing your character, you’ll have a choice of one of the three chests to try and win from. There’s both safe and risky, or for those of you who really want to go for it, very risky. As you might expect, the riskier options provide fewer chances for you to open the chest but should you succeed, the more likely you would be to find a relic or map and a big cash payout.
You will have three attempts at crossing the river when trying to reach the chest. The round features three levels and each time you go up one, the higher the value of prizes on offer.

To get these, you need to collect 5 relics. You’ll find them in the Treasure Hunt Bonus Game.
There’s a colossal 10x multiplier added to all line wins and you’ll begin the round with one of each of the different gems. Should you get five, you know what happens next

We’ve talked a lot about all the different ways to win but we haven’t really covered the numerical side of things. Well, fear not, because we’re about to do just that.

It’s clear that developers Yggdrasil splashed the cash for this one, calling upon their most talented designers and developers to create a worthy slot like Jackpot Raiders. With the creative plots and unique features, you’ll wonder where this game has been all your life.

More significantly, however, the sheer number of bonus rounds is astounding. You always have a chance of winning due to the vast number of routes to bonus rounds and the numerous ways to win big. This is just one of the many reasons why Raiders will almost certainly win over slot fans in no time at all.