Slot games are becoming more and more advanced thanks to ground-breaking designs, interactive bonus features, and superior graphics and animations. Software providers are continuously pushing the boundaries of technology to provide the ultimate gaming experience for Irish players.

However, beneath the charming and captivating exterior, there are hidden mechanics that greatly affect your chances of winning. Despite these mechanics, we still try our luck on a variety of slots, hoping that we eventually trigger a substantial win.

In this article, we take an in-depth look at the mechanics behind slots followed by why we tend to lose on these popular casino games. We will also look at how much slots pay back over the long term and why we tend to keep on playing slots even when we experience a losing streak.

The Random Number Generator – It’s All About Chance

Slots do not have any memory. They are not aware of how much you previously lost or won and, therefore, this cannot alter the outcome of a spin or gaming session. Every spin you initiate will have a unique outcome and it will always be decided at random. This is guaranteed by the addition of a Random Number Generator which is embedded in all slots, regardless of whether you play online or at a land-based casino.

For instance, let’s say you roll a dice. The chances of rolling a specific number are 1 in 6 each time you roll the dice, regardless of what was rolled previously. Slots function in much the same way. However, the numbers on a dice have been replaced by symbols and the roll of the dice has been replaced by a “Spin” button.

Instead of only having 6 numbers, though, you will find that slots come equipped with thousands of different outcomes and numbers.

You will also come to find that the probability for every outcome on a slot is never the same. This is because a slot features a Hit Frequency. The Hit Frequency is essentially a value that has been set to determine the probability of a specific outcome occurring on a spin. Let’s return to our dice and imagine that 6 is the highest paying symbol, while 1 is considered the lowest paying symbol in a slot.

You could even do your own experiment by creating your very own slot machine. Let’s call our slot “The Green Machine” and keep things very simplistic by only adding five symbols to the reels, including dollar bills, platinum bars, gold bars, silver bars and bronze bars.

This is a great example of how a real slot machine will function in the background. However, it’s worth mentioning that slots will come with various hit frequencies and payouts. In fact, it’s rather common for slots to have a 40% hit frequency on any winning combination with any symbols.

RTP and the advantage of the casino

The deciding factor when it comes to the outcome of a slot has always been chance and the best time to make a profit on a slot machine is in the short term. In the long term, a casino will always have the upper hand, regardless of whether you play in a land-based or an online casino like Mr Green. You will also need to keep in mind that the longer you play slots at a casino, the more likely you will lose over the long term.

The primary reason why we tend to lose on slots is due to the fact that they are specifically programmed to give casinos an advantage. While the hit frequency determines how often you receive a winning combination, the Return to Player ratio is a value that determines how much we receive on average. 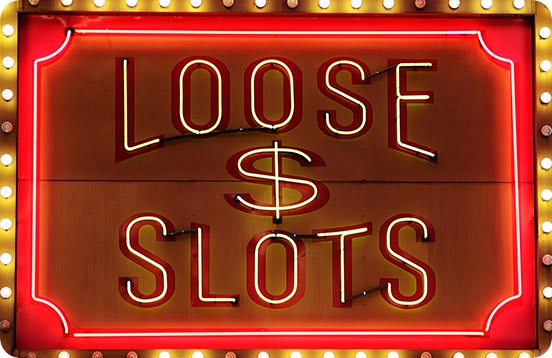 The Return to Player (RTP) ratio on slots will always be below 100%. If a slot had a RTP of 100% or more, the casino wouldn’t have any advantage. If you look at online slots, you will notice that the RTP usually ranges between 92% and 97%. Therefore, if you decide to play a slot with an RTP of 96%, you can expect to eventually receive 96% back. So, if you decide to wager €100 on a slot, in theory, you should receive €96 back which means you will lose €4.00.

Please keep in mind that the Return to Player ratio is only theoretical and the chances of winning more or even less is always a likelihood. In the short term, you might walk away with €400 on a €100 gaming session, while it’s also completely possible to play €100 and only walk away with €10. The theoretical RTP merely tells you that you will lose €4.00 on a €100 wager over the long term. The deciding factor in these situations will always be a chance. 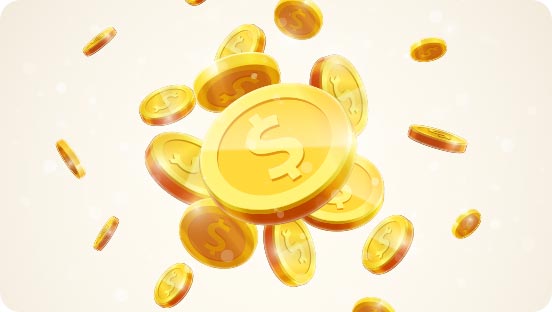 Choose between more than 3000 slots!

The Payouts from Slots

The amount you lose or win over the long term is all determined by the Return to Player ratio. The value of the RTP is essentially based on the probability for each outcome along with the value of each outcome. If we return to “The Green Machine” slot we created earlier, we can easily calculate and include the RTP. This is achieved by calculating the RTP first for every outcome which is achieved by multiplying the probability of the outcome with the value of the outcome. To receive the overall RTP, simply add all RTP values together.

In “The Green Machine” slot we created, we ended up with a 97.50% RTP which is actually quite an acceptable value for an online slot. However, it’s worth mentioning that our example is extremely simplistic and the real online slots feature far more winning combinations and symbols. If you’re interested in calculating the RTP for online slots, you will first need to calculate every possible outcome which is rather tricky. Thankfully, the calculation has already been made for us which is why software providers always add the theoretical RTP in the slot itself.

Why we keep playing slots even when we lose

If we continue to lose over the long term, why do most players return to their favourite online slot games? The primary reason is due to the entertainment value it provides. Playing slots should never be an investment opportunity. However, neither is a spa weekend or a trip to the movies. There’s no reason why slots should be an investment opportunity as it already provides an entertaining aspect that you pay for with every spin.

Jackpot slots are probably the closest you will come to a slot providing an investment opportunity. However, this will only ring true if you win a considerable sum of money. Once you trigger a progressive jackpot, you will also have beaten the house edge and made a lifetime profit in the process. Obviously, the chance of triggering such a jackpot is extremely small, but the chance will always be there. 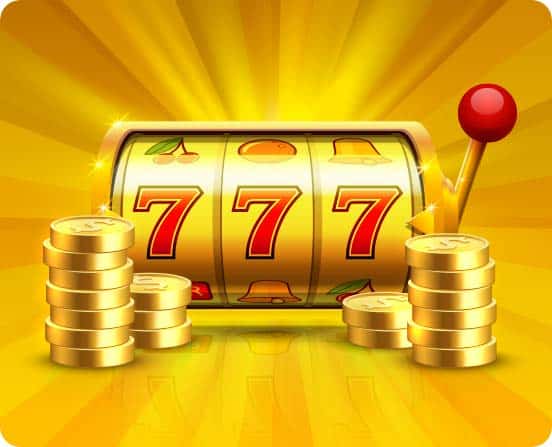 The best way to counter a loss, and to increase your chances of winning, is to claim a variety of bonuses offered by online casinos. The primary reason why bonuses are so valuable is due to the fact that they provide more chances of turning a profit and you don’t even have to use your own hard-earned money to achieve it.

At the end of the day, slots provide tons of entertainment and give you the opportunity to win a large sum of money in the process. However, it’s vital that you understand the hit frequency and the return to player ratio before you start your reel-spinning adventure as both will give you the upper hand that all players are constantly looking for.