Online, articles dedicated to Roulette Strategies sometimes create more questions than answers. However, at Mr Green, we know the roulette table inside out and can provide our players with the outline of some of the most popular tricks that work – and, most importantly, are legal – inside the casino, whether that’s online or at a brick and mortar establishment on the high street.

It’s important to note first that it’s impossible to trick or ‘beat’ any game at the casino. In most cases, the dealer will have an advantage over the player, known as the ‘edge’. This is added to provide a challenge for players while helping the casino cover its running costs. Also, lots of these strategies are dependent on the size of an individual’s bankroll so they aren’t designed for everybody.

So, know that you know the details, let’s dig into an old favourite way of playing Roulette, the D’Alembert strategy.

The History of D'Alembert

One of the things you’ll quickly notice about roulette strategies is that they tend to come from the brains of mathematicians. D’Alembert was no exception, though his dabbling in physics is arguably the more well-known part of his academic life today. D’Alembert, full name Jean-Baptiste le Rond d’Alembert, lived during the 18th century and is notable for his incorrect belief that the probability of getting heads in a coin toss increases with each tail that lands. Today, we know this as the gambler’s fallacy.

So, does that schoolboy error mean that we should disregard the D’Alembert strategy? No. D’Alembert’s problem was that he invested heavily in something he termed the equilibrium of numbers, which suggests that a system that has a 50% chance of doing something will eventually result in both outcomes occurring equally. Hence, the coin toss example. However, while D’Alembert’s thinking example was flawed (the probability of landing a head never increases), there is some truth to his overall idea.

A Roulette wheel normally has a red and a black section. Over thousands and thousands of spins, there’s a good chance that these two colours will be evenly distributed in terms of where the ball lands each time. This works almost exclusively in high numbers, though, meaning that ten or twenty spins will produce variable results. To use a popular example, from Monte Carlo in 1913, the ball took 27 spins to land on red. Importantly, the chance of a red or black appearing never changed once during that remarkable spell.

How does the D’Alembert Strategy Work?

The D’Alembert strategy is known as a progressive system, which means that it basically boils down to increasing or decreasing your bet size depending on whether your previous effort won or lost. To be even more specific, D’Alembert is a negative progression system. It requires the player to increase their bet on a loss and reduce it on a win. This increase or decrease is usually described using units, which represent a whole bet amount such as €1 or €10.

On the roulette board, the D’Alembert strategy requires bets on even money elements that will pay out 1/1 on a win. These are:

D’Alembert only applies after the first win, as you can’t reduce your bet before this point. Here’s an example run: 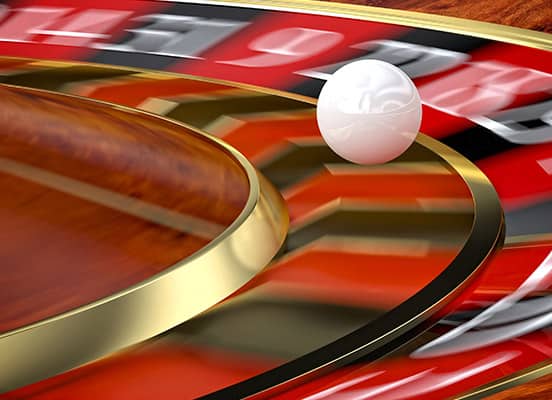 So, what’s the point of all that? D’Alembert is designed to help beginners control their bankroll but it has some quite significant downsides – as well as an extremely limited potential for profit.

As seen from the table above, all in all, after the four winning and losing round, which were played with a stake of € 1, resulted in a win of € 4.

The D’Alembert strategy is actually based on a different system, known as the Martingale. The major difference between these two systems is that the letter requires doubling on a loss and reducing on a win by .5 of a unit. Martingale is not as risk-averse as its variant system, which means that the potential for significant losses is higher. Let’s use the Monte Carlo example, once again.

Attempting to undo fate by betting on red 26 times would have required a stake of €42 to win on the 27th spin using the D’Alembert system. However, you’ve also lost €42 to get to that point. Of course, this kind of event is so rare that the chances of it happening again are practically zero. However, it perfectly demonstrates how good D’Alembert is at maintaining a player’s bankroll.

Of course, Martingale would fare much worse in the Monte Carlo scenario, as the initial stake is doubled on a loss. The mathematical equation for this is 2n. Twenty-six doubled bets under the Martingale system would require a stake of €67,108,864. The wins would, of course, be enormous – €134,217,728 on an even-money bet – but you’d have to contend with the fact that you’d followed the gamblers’ fallacy all the way there.

Register and get your welcome bonus

D’Alembert is an easy and potentially fun way to maximize your bankroll and keep your losses in check but it’s not at all useful for high-risk players. At Mr Green, we have plenty of ways for you to trial your newfound Roulette knowledge so choose one of our range of unique titles and get going! We have staples such as European Roulette and American Roulette, as well as Lightning roulette and Auto roulette.

For people who like to keep their spending low, try our 20p roulette. It’s a great way to practice the Martingale and D’Alembert strategies without risking your overall bankroll. Alternatively, Double Ball Roulette and 3D European Roulette add an extra dimension to regular play and several new ways to win. Overall, though, make sure you have fun while playing at Mr Green.