If you’re looking for a unique, live online casino game, then you’re in the right place. Join our live hosts and see if you can find what’s behind the Big Red Door in Crazy Time. Ready to find out more about this feature-filled game?

Find out what's behind the Big Red Door!

Crazy Time live is a game based on the popular Dream Catcher Money Wheel. The RTP (return to player) is 95.41% but will vary depending on bets placed and bonus round triggered.

Crazy Time features four fun-filled bonus rounds which could see multipliers of up to 25,000x. Each bonus round is represented by a segment on the wheel, and if the wheel stops there, that bonus is triggered. Let’s take a look at the segments:

Cash Hunt is based on a shooting gallery-type game. It features 108 random symbols which contain hidden multipliers. You’ll need to aim the cannon at the symbol that you think contains the highest multiplier. The cannon will then shoot, revealing your winning multiplier.

Each player in the bonus round will get to choose their own target, meaning all players will win different multipliers.

This is the most straight-forward of the four bonus games. A blue and red coin is flipped, and you’ll need to guess which side lands face up. Before the coin is flipped, two multipliers will be generated for each side. If you pick right, you’ll get the multiplier.

This game features a large Pachinko wall. The host will drop a puck into the wall. If it lands on a double slot, all multipliers will be doubled. This will then be repeated until the puck lands on a winning multiplier. Multipliers can reach up to 10,000x!

This is the most sought-after feature in the game. Trigger it and you’ll get to see what’s behind the big red door.

You’ll enter a virtual world which features a gigantic money wheel. First, you’ll need to choose one of three flappers (blue, red or green). The wheel will then spin before coming to a stop. You’ll then be awarded the multiplier where your chosen flapper stops. If it lands on a double or triple, all multipliers are upgraded and the wheel spins again. Only players that chose that flapper can take part in this round. The wheel can be spun until the multipliers reach a whopping 20,000x!

How to Play Crazy Time

The wheel is split into segments which contain various multipliers and bonus rounds. To get started, you’ll need to select your stake and choose which multiplier or bonus segment you think the wheel will land on.

The wheel is then spun. If it lands on the segment you’ve bet on, you’re a winner. It’s also worth noting that all players can watch the bonus rounds, but only players that have bet on that segment in that round will be able to play. 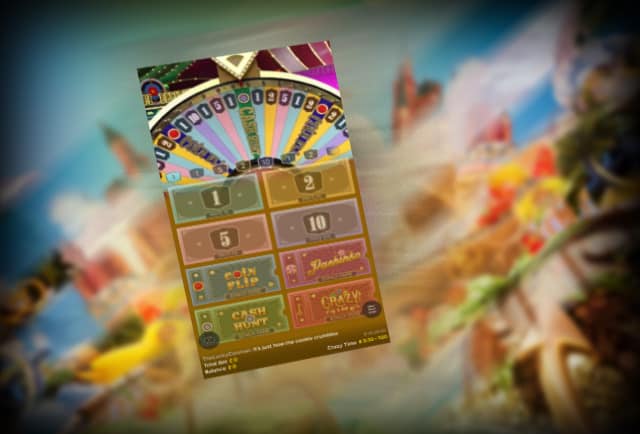 This fun-filled game is easy to play and revolves around the main game and the four bonus rounds. Our live hosts will guide you through each round, making sure you don’t miss out on the action. The chance to make your own decision during the bonus rounds adds to the excitement.

If you’re still unsure how to play the crazy time game, just click the question mark symbol on the top left-hand side of the screen to get a full and detailed breakdown.

If you’re looking for a live casino game with a twist, Crazy Time will be right up your street. So, join our live hosts and see if you can unlock the Big Red Door in this feature-filled live Game Show. 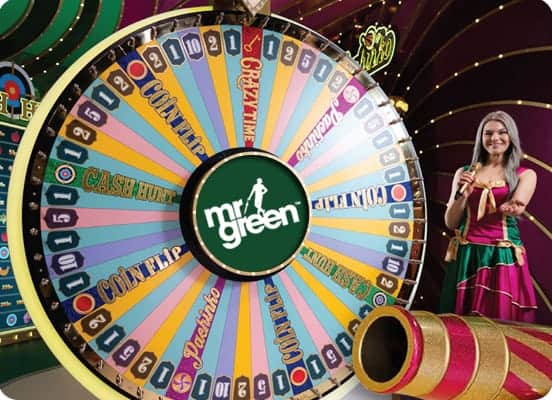 Join and take part of your welcome offer!
This website uses cookies to ensure you get the best experience on our website. Learn more
Got it!