Butterfly Staxx 2 – How to Play

Think of choosing your stake for Butterfly Staxx 2 slots much like a butterfly’s life begins its existence as a co-coon. This is just the very first part of your journey in this casino game.
The minimum stake is set at just €0.25 per spin meaning it’s great for newbies or casual players, though you can go up to a maximum of what is frankly a staggering, in fact breath-taking €1,250. In fact, many slots considered as being for “high-rollers” do not have a maximum stake reaching the amounts offered here.
Naturally this wouldn’t be a proper NetEnt slot game if you could not fiddle with the sound, go right to the Max Bet or play a pre-set number of spins in Autoplay mode so it’s lucky for us all that these regular set-tings are once again included in what is an easy-to-play game. 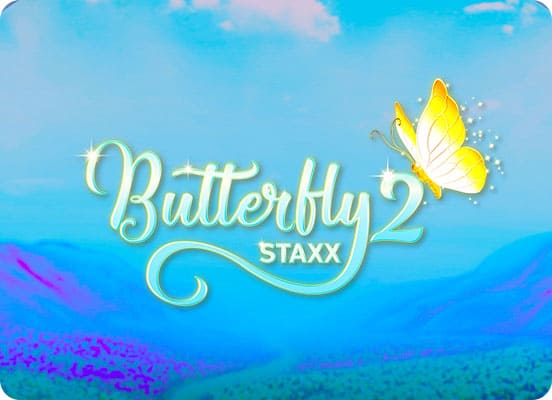 While the symbols themselves remain the same as in the original game, they have been given a bit of extra colour for the follow-up effort. Low value playing card symbols, three types of flower of medium value and the butterfly itself - unsurprisingly of the highest value - are all featured within.
Butterfly Staxx 2 is a 5x4 slot game featuring 40 pay lines with an important factor being that it is a very low-volatility slot. In other words, with low volatility you are likely to win plenty of small prizes fairly regular-ly as you go along rather than seeing no return for hours before (hopefully) winning a huge amount.
There are of course bonus rounds available and these can lead to some pretty large prizes, though of course you are not dependent on getting those in order to keep your head afloat. 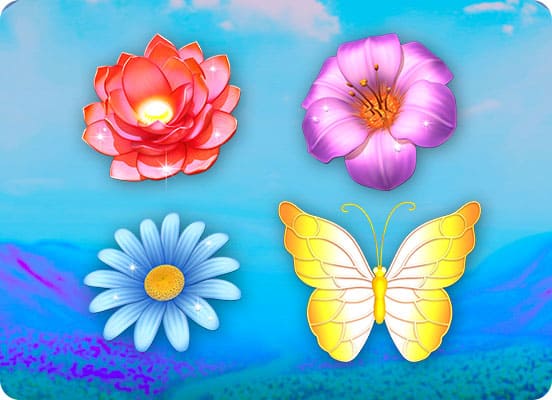 While flowers are a running theme in this slot they aren’t all equal. Wilds here are depicted as a Lotus flow-er and this can substitute for all other symbols within the game, with the exception of course of the Scatter. 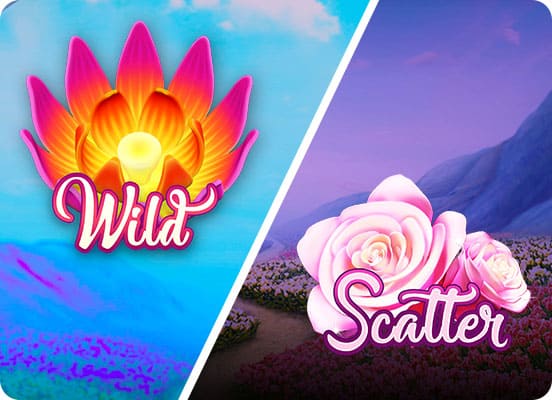 The Bonus Features of Butterfly Staxx 2

Retaining the butterfly theme throughout, this game comes with three different bonus features with some additional bonuses complementing the familiar re-spins.

Reproducing the feature so popular in the original game, you can activate a re-spin should you be able to land a full stack of butterflies, anywhere on the reels. Every butterfly featured on the reels moves to the left, as far as possible, triggering a re-spin which can lead to two potential outcomes:

So, up to now this is the same as the original game but much like a caterpillar changes into a beautiful winged beast, Butterfly Staxx has metamorphosed into Butterfly Staxx 2.
A second of the furthest left reels being stacked with butterflies means a brand-new reel set will appear on screen, further increasing your chance of wins. Furthermore, a third reel stacked with more butterflies will open up giving you, that’s right, a third reel set!
In essence then, the extra areas offer you 2x and 3x multipliers.

The Scatter in the game is a garden-fresh, pink flower that will appear only on reels 1, 3 or 5. Should you get a Scatter in all of those reels, you will be given a choice between one of two bonus rounds, namely:

If you decide on this option, then all three of the areas mentioned earlier in the re-spins are “open” from the beginning. The screen will fill up with cocoons and you’ll be given 5 free spins – otherwise known as Butter-fly spins.
The question you’ll need to ponder is; are your cocoons dormant or are they as active as an animated child having had too much sugar? That’s something you’ll have to find out as you go.
The active cocoons become butterflies and move left towards the end reel, while the dormant cocoons simply stay as they are. Other than this, it plays out in just the same way as the re-spins.

Otherwise thought of in slots as a “pick’em feature”, the clue is kind of in its name. By clicking on them you select 10 different butterflies and in doing so you can reveal cash prizes or special butterflies, each allowing you to progress to a new level.
There are a total of 5 levels within this feature and you can choose 10 butterflies in each one, the cash prizes growing in value as you move up the levels. 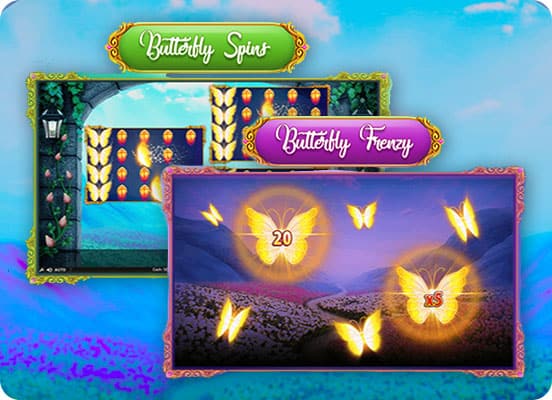 We know the features, but now here are the numbers:

We’ve long since learned that you shouldn’t carry butterflies around with you in a jar, but you can carry Butterfly Staxx 2 around given that you can play via any smartphone or tablet, wherever you are and whatever you’re doing.

Devotees of the original game should get onto this one immediately. It is an improved, more vibrant sequel with additional bonus features, including the Butterfly Frenzy.
Those preferring the darkness hours may need to get used to a change, as while the first game was set at night this one is staged in the bright, shiny daylight.
Low-volatility slots aren’t everyone’s cup of tea but, given the huge disparity between the lowest and biggest stakes, Butterfly Staxx 2 can be a game for everyone and is a feather in NetEnt’s cap.