What you need to know about Mr Green

From his mythical birth, his years in the orphanage and finally to his astounding journey towards wealth and knowledge we have to ask, who is Mr Green?  To be honest, no one really knows much about this spellbinding persona other than one man; Mr Green himself.

Mr Green doesn’t hog the limelight or look to live an overly vivacious lifestyle, though he is by no means a shrinking violet.  With a love of daring adventure and thrills, he balances all the finer things in life with a conduct fully befitting that of a true gentleman.

If there’s one thing all of our co-workers know about the mysterious and generous Mr Green it is that he is a true gent.  With this in mind, as a company we attempt always to maintain his ethos in terms of honesty and integrity alongside entertainment and excitement.  One thing is for sure Mr Green wants us all, co-workers and players alike, to feel like a crucial and valued member of his big, happy, Green family!

Mr Green is well aware that it takes more than wearing a fine suit and a voguish hat to prove yourself a gentleman, appearance being only as small part of his overall persona.  His impeccable manners, grace and distinguished demeanour are what really mark him out.  He values politeness, integrity and respect as well as taking responsibility for one’s own actions with a penchant for helping those in need.

Always behaving to a gentleman’s code, Mr Green manages to keep his calm in every situation helping him to always keep promises made.  With a continuing quest for knowledge, he learns every day as well as innovating and inspiring those around him.  We find these characteristics within the company’s vision and mission.

Our vision has always been to contribute to innovation and creativity within our pioneering role as shapers of tomorrow’s iGaming world.  How do we do this?  Our mission is clear – we offer first class gaming experiences putting the customer first.  We care about you the player, your integrity, and your safety within an environment we like to call ‘Green Gaming’.

Green Gaming – We protect your game

Online betting marketing is not usually directed towards customer safety and responsibility however since Mr Green’s launch in 2008 we’ve introduced key phrases into the promotion of our products.  It’s thanks to our customers that we are able to offer our services and so not putting our customers first would be, for us, entirely unthinkable.  We take care of our big green family.

Our tools for Green Gaming

We are constantly striving to develop newer and better functionality to aid your safety as a player.  We in fact were one of the very first companies to do this in the Swedish & Nordic market.

To this end, in order to caution our customers, we have placed limitations on how much money you can transfer to us and by introducing a budget system help you control how much you can gamble before you are finally cut off, though hopefully this will never have to be the case.

Our conscious investment in gambling responsibility was put into practice the same year we launched in 2008 and has since become better with time, appreciated by not only our customers by my Mr Green staff too.

During the autumn of 2017 a new, high-tech system was launched for our Green Gaming campaign.  By analysing your own specific gambling behaviours in combination with our own perception of how you play, the tool’s algorithms will give you bespoke information about when your habits could potentially be becoming unhealthy.  Once more, we were first in the industry to give our customers this extraordinary ability in terms of keeping track of a potential addiction.

Mr Green and our environmental work with Clean the Sea

Another project which was started due to Mr Green’s focus on social responsibility is ‘Clean the Sea’.  The enterprise began in the summer of 2017 and its focus was to work proactively for a cleaner Mediterranean Sea as well as to spread knowledge and create commitment to the cause while cooperating with the University of Malta’s International Ocean Institute.

Environmental concerns are reaching a peak and we feel it is time to really do something concrete about these issues.  We decided to take on a leading part in helping to solve this, attempting to create a cleaner and more environmentally friendly ocean around the island of Malta where our offices are based. 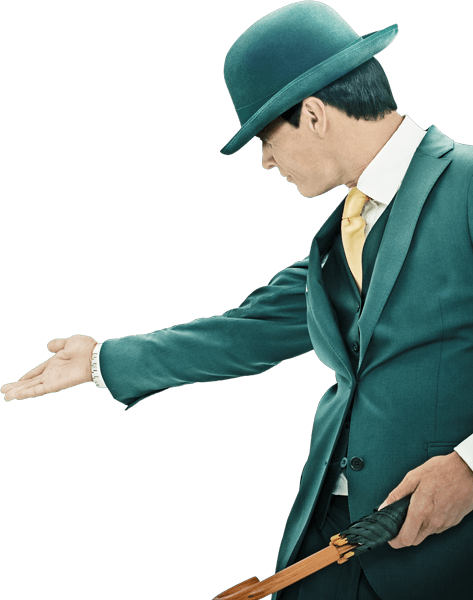 The Mr Green brand is owned 100% by Mr Green Limited.  That firm is in turn owned by Swedish company Mr Green & Co AB (publ) and since May 2018 the whole concern has been known as MRG Group.  The group has been listed on Stockholm’s Nasdaq exchange since November 30th, 2016.

The technical department consists of well over 100 developers under the leadership of Mattias Wedar.  The developers’ main focus is to implement and develop the business plan for Mr Green 2.0 alongside an intense development of Mr Green’s platform for casino and sports betting, all while maintaining the focus on customer responsibility.  MRG Group’s decision-making body, led by chief operating officer Per Norman, is also located at the same place.

Mr Green is the MRG Group’s biggest gambling site and has since its launch in Sweden in 2008 received numerous awards enabling it to establish itself in 13 different markets. The Sweden based Mr Green was one of the first operators to offer a sleepless gaming site where our customers can gamble on casino games from manufacturers located all around the world.

To date Mr Green has over 1000 online casino games, a live dealer casino and since 2016 sports betting as well.  On some of our markets we also offer bingo and Keno games while the number of products we offer are rising steadily thanks mostly to our innovation.

Redbet has been established as a sports betting, casino and poker site for over 14 years within the Nordic market with a focus on odds gambling, i.e. sports.  The brand was previously run by Evoke Gaming AB like some of our other entities.  It has in recent times grown stronger in the UK thanks to our increasing knowledge of what the typical odds gambler wants.

Bertil is known as a fun casino a bingo brand that is mostly for the Swedish and wider Nordic market.  Bertil started life as simply an online bingo site but has now diversified towards casino games and more.  MRG bought Bertil in 2018 after the acquisition of Evoke Gaming AB.

The Danish bingo site Bingosjov has been up and running since 2008 and was acquired by MRG in 2017. Bingosjov is monitored by the Danish gambling authority “Spillemyndigheten”, and has in recent years opened itself up to more casino games. It presently offers over 500 slot games from 15 different suppliers.

Bingoslottet is another online gaming site acquired by MRG Group during 2017. The site has since long been a favorite among Danish online bingo players and is going from strength to strength..

Another recent acquisition in 2018 was MamaMia Bingo, once again coming over to MRG following the purchase of Evoke Gaming.  The site is slick, well maintained and is popular with Swedish and Nordic players who have a penchant for bingo.  MamaMiaBingo also gives its customers the chance to play slot and casino games on the platform provided by well known manufacturers such as NetEnt, NYX, Microgaming and Evolution.

Thanks largely to early exposure within media in Sweden, Vinnarum has become a recognisable casino brand in Sweden. Vinnarum was obtained in January 2018 as part of the Evoke Media takeover and ever since the range of casino games has been expanding.  These now include more games from more suppliers and the brand is now recognised away from Sweden in countries such as Finland (Vinneri), Germany (WinningRoom), Norway and the UK (WinningRoom).

Continually looking to expand, MRG made an entrance into the Latvian gambling market after acquiring the majority of 11.lv stock in May of 2018.  This brand is one of the three largest gaming operators in Latvia with a focus on sports betting and casino games.

While winning awards is always fun and satisfying for our team, these awards are not why we do what we do at Mr Green.  We’ve always worked under the premise that “if our customers are enjoying what we do, in a safe environment, then we have achieved our goal”.  That said the awards we have received for our work are a fair indication that our innovative ideas or pushing us in the right direction.

Here you can take a look at all the international awards we have received from various institutions and magazines:

The Mr Green brand falls under an umbrella company known as MRG, which was called Mr Green & Co AB (publ) until mid-2018. In January of 2019, MRG sold 92% of its company to William Hill PLC. Due to this acquisition, MRG was no longer listed on Nasdaq Stockholm and instead found itself on the London Stock Exchange.