Halloween will mean a lot of different things to lots of different people but whether it’s your favourite day of the year or one you choose not to celebrate at all, it’s never a day that comes and goes without you noticing it.

As far as we’re concerned, we love it here at Mr Green, if only because of the great Halloween slots that have been inspired by it. We’ll come to those in a bit but here’s some background to the day itself and some of the different ways we go about celebrating it. 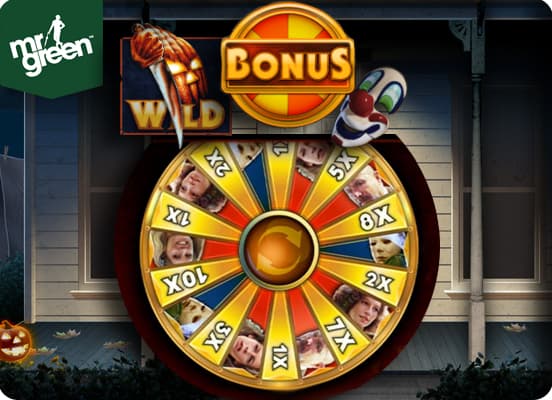 Halloween: Where does the name come from?

The word ‘Halloween’ or ‘Hallowe’en’ can be traced back to 1745. Whichever way it was spelt, it means Saint’s evening and comes from the Scottish term for All Hallows’ Eve, which is the evening before All Hallows’ Day.

Over in the land of quilts, haggis and bagpipes, the word ‘eve’ is pronounced ‘even’ and this in term is shortened to e’en or een.

So over time the slightly clunky sounding All Hallow(s) E(v)en simply became Halloween, which is a good thing for all of us who like to say it out loud! 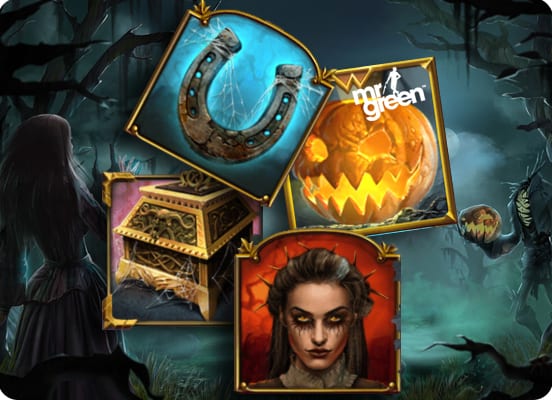 Why did Halloween start to be celebrated?

Although Halloween, is actually on the eve of All Hallows’ Day, it also marks the first day of the three-day observance of Allhallowtide. That in turn is made up of All Saint’s Eve, All Saints’ Day and All Souls’ Day.

It’s now regarded as a Western Christian observation but there’s plenty of evidence suggesting it originally derived from ancient Celtic harvest festivals, in particular Samhain. And that, rather than having Christian origins, it was actually a festival with pagan roots. Then again, others feel it was a Christian celebration from the very start after all.

What everyone does seem to agree on, is that the days of Allhallowtide were aimed at celebrating the dead and most notably, Saints, martyrs and the faithfully departed.

How do we celebrate Halloween nowadays?

It’s completely up to you as to how you spend October 31 every year but here are a few ways people seem to enjoy spending the day.

Dressing up in costumes – Make your own, head down your local costume shop or order one online. Whether dressed up like your hero or favourite TV Character or taking the route of the generic skeleton or the blood-sucking Dracula, the scarier and the more outrageous, the better.

In recent years there’s been a strong trend to dress up pets in Halloween costumes as well.

Trick or treating – Grab a bag, head down the street and start randomly ringing on people’s doorbells. Any other day of the year that would be considered pretty weird but on this special day, it’s completely normal. Your bag will get more and more filled with endless types of candy, keeping dentists all around the world delighted.

Making a Jack-o’-lantern – Every dog has its day and so does every fruit. And in the case of pumpkins, it’s Halloween. All around the world, on this day pumpkins are cut, sliced and shaped to be made to look like a face and often filled with a candle for extra spookiness.

Eating special Halloween food – Filling dentists’ waiting rooms, not to mention their wallets, are a series of treats aside from those collected during trick or treating. There’s Bonfire Toffee, candy apples, caramel corn, Halloween Cake or for those in search of the healthier option, roasted pumpkin seeds or sweet corn.

Watch a scary movie – That could include ‘Scream’ (or its comedy spin-off ‘Scary Movie’) or a movie of your choice featuring monsters, ghosts, axe murderers, serial killers, generic vampires or just anyone who goes around looking to kill or injure others for no apparent reason, which makes the whole thing even scarier. If in doubt, watch the movie that’s actually just called “Halloween’. 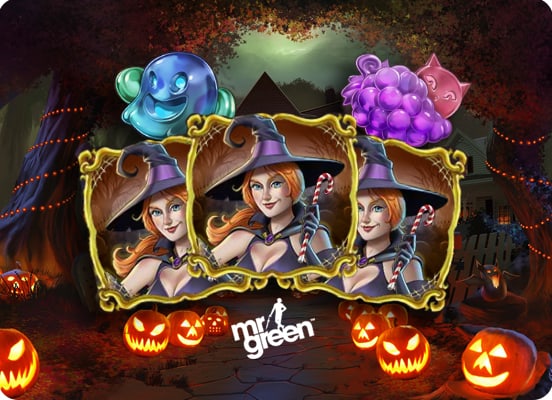 The best day of the year to play Halloween slots

If all of the above sounds like a bit too much effort, you can always just stay in and play one of our many Halloween slots here at Mr Green. Take your pick from one or more of these.

Lucky Halloween – A Pumpkin biker, a cackling wizard and some themed cupcakes all feature in this slot where you can get to play a free spins round or the Full Moon Bonus. Look out for the random appearance of the Pumpkin Biker, who rides onto the reels when he fancies it, awarding you Multipliers and Wilds. Best of all is when he tears off his own head and tosses it onto the reels, which scatters Random Wilds.

Halloween Jack – Several notches above Lucky Halloween on the scary stakes with ominous music, some dangerous-looking creatures and plenty of eerie visual effects. There’s free spins round to look forward to and a Walking Wild, where the Pumpkin moves from right to left across the reels ahead of your next spin.

Halloween Fortune II – Three-scantily clad witches, a crow perching on a tree in the moonlight and a black cat with menacing yellow eyes are just some of the characters you’ll encounter in this Halloween slot.

Free games can be won, with the Multiplier increasing as you play more and more of the free spins. During the free spins, you’ll also have a Locked Wild in place which, surprise surprise… is a Jack O’Lantern.

Happy Halloween – Another extra big helping of scary characters occupying the reels in this busiest of Halloween slots. They include a lantern-carrying ghost and Frankenstein’s monster but staying with the sweet-tooth theme of Halloween, there are also plenty of tasty treats on the reels as well such as fresh grapes, a strawberry and an orange-flavored cupcake.

Free spins can be triggered by getting three Scatter symbols- the Witch- and doing so automatically sees you paid out 4x your bet before the free spins even get underway. Ahead of each free spin, two additional Wild symbols appear stacked on Reels 2, 3,4 and 5.

Halloween – Based on the aforementioned movie, a real ‘slasher’ classic, this slot features symbols based on characters from the story and other iconic props from it such as the old school telephone, the clown’s mask and the kitchen knife, which is obviously not going to be used for chopping vegetables.

There are two bonus rounds to look forward to. You can either go Trick or Treating with big cash prizes up for grabs or you can experience the spine-chilling Bogeyman Bonus, a pick’em round where avoiding picking the knife sees that Multiplier go up and up. The longer you survive before the knife is revealed, the more you win.